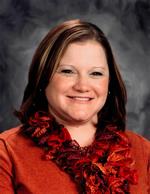 Carrie Handy serves as Director of Human Resources, Elementary Personnel. She began her career in 2001 as a fifth grade teacher at Mize Elementary in USD 232. Handy was promoted to Learning Coach in 2005 at Clear Creek Elementary prior to her appointment as principal. In 2011, she received the Exemplary Principal Designation Award from the Gifted Educators Guild. Handy earned her bachelor’s degree in elementary education from Kansas State University and her master’s degree in school leadership from Baker University. She completed her district leadership endorsement through Fort Hays State University. 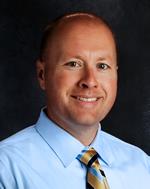 Brian Schwanz has more than two decades in public education. He joined USD 232 in 2010 as principal of Monticello Trails Middle School before being named Director of Secondary Personnel. Prior to joining the district, Schwanz was the principal of General Omar Bradley Elementary School at Fort Leavenworth, KS. While serving in that role, he received the Department of the Army Commander’s Award for Public Service, the fourth highest award the Army can present to a civilian. Schwanz earned his bachelor’s degree in mathematics education from Morningside College in Sioux City, Iowa. He completed his master’s degree in educational administration at the University of Nebraska at Omaha and earned his district leadership endorsement through Pittsburg State University.