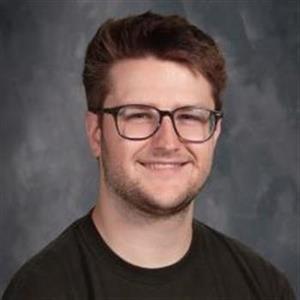 Congratulations to De Soto High School Communications teacher, Will Mercer, for earning a Diamond Award from the National Speech and Debate Association. Diamond Awards from the NSDA reflect excellence and longevity in being active in speech and debate. A coach’s first Diamond is earned when they receive 15,000 points and have been coaching in the Association for at least five years. Coaches receive one point for every merit point earned by their students through competition, service and leadership opportunities.

Coaches who have received diamond awards during the current academic year are recognized during the Donus D. Roberts Diamond Assembly at the annual National Tournament.

A 2020 Teacher of Promise, Will Mercer has been with USD 232 as the Head Forensic and Debate Coach at DHS since the fall of 2020. Prior to joining our district, he was the Assistant Forensic Coach in the Maize Unified School District for four years. Mr. Mercer received his Bachelor’s degree from Wichita State where he attended as an Emory Lindquist Honors Scholar.

Learn more about the Diamond Award from the National Speech and Debate Association > https://www.speechanddebate.org/coach-recognition/